Like Nature abhors a vacuum,
Foldit abhors an idle computer!

How to make a beta-barrel pumpkin for Halloween:

"The World Needs All Kinds of Minds" by Temple Grandin:
http://www.ted.com/talks/temple_grandin_the_world_needs_all_kinds_of_minds.html

"Seed Stock", a story by Frank Herbert on the importance of having
good instincts and how good ideas can come from surprising places:

When the sun had a sunk almost to the edge of the purple ocean, hanging there like a giant orange ball- much larger than the sun of Mother Earth which he remembered with such nostalgia- Kroudar bro… 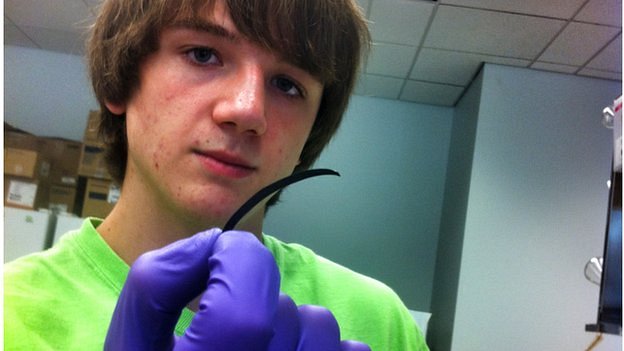 "Lorenzo's Oil", a movie about Citizen Scientists
trying to save their son from a rare disease:

When you score poorly but keep playing anyway: Tit for tat is an English saying meaning "equivalent retaliation". It developed from "tip for tap", first recorded in 1558. It is also a highly effective strategy in game theory. An agent using this strategy will first cooperate, then subsequently replicate an opponent's previous action. If the opponent previously was cooperative, the agent is cooperative. If not, the agent is not. Tit-for-tat has been very successfully used as a strategy for the iterated prisoner's dilemma. The strategy was fi...

Would you be this brave, handing the sword Excalibur
to your rival so he can Knight you with it?
See 1:00 for special guest star:

"A dream to some, a nightmare to others"
said Merlin in the movie "Excalibur":

Choosing a Foldit Group to join?
Check out Go Science!

Click here for information
about the image to the left.

Administrator for Go Science since 2012.

Sidechains
Finish all of the 'Sideschains' intro puzzles

Sequences
Finish all of the 'Sequences' intro puzzles

Blueprints
Finish all of the 'Blueprints' intro puzzles

Evolver
Improve someone else's solution by evolving it