When last I checked (with recipe http://fold.it/portal/recipe/46844 DoBandsObeyHookesLaw1), Foldit bands obeyed Hooke's Law for springs: F = -k x, where k is a spring constant, x is the distance the band has been stretched from its equilibrium value, and F is the force exerted by the band. The - sign is there to tell the direction of the force F (the force is always opposite to the direction the band is stretched or compressed from equilibrium, forcing the inter-atom distance back towards equilibrium). These bands behave like springs attached at both ends to the protein.

Another kind of band would obey Hooke's Law when stretched beyond its equilibrium distance, but exerts no force when compressed below its equilbrium distance.

These new kinds of bands would help with Contact Map puzzles (see http://foldit.wikia.com/wiki/Contact_map for example). With two of these bands, one could set the minimum and maximum distances between two atoms on the protein. As long as the atoms stay between these minimum and maximum distances, the bands behave as if they are not present, but once the atoms move out of the desired minimum to maximum range, the atoms will feel Hooke's Law forces like from normal bands, forcing the distance between the atoms back into the desired minimum to maximum range.

The type of band described above as:

"Another kind of band would obey Hooke's Law when stretched beyond its equilibrium distance, but exerts no force when compressed below its equilbrium distance."

could be built with a spring and two unstretchable strings. It could look like this:

Also this original post by Timo which collates the variety of requests for bands:
http://fold.it/portal/node/992891

One-directional bands would be helpful in puzzles like
"1127: Revisiting Puzzle 87: Zinc Binding Protein"
(http://fold.it/portal/node/2001066)
that have multiple cysteines (here 4)
but are modeled as in a reduced environment,
where no disulfide bonds are expected to form.

In such puzzles, one could put bumper-like bands
between each possible pair of cysteine residues
so they will stay far enough apart
that they will not form any disulfide bonds.

I think this is doable in rosetta. It may take some work on the part of jflat or maybe someone more into rosetta internals though. It will also have some of the same issues as threshold filters (but mitigated by being part of wiggle, where the filters are not).

Your very interesting script http://fold.it/portal/recipe/46844 showed that F=s^2 (x-x0), which implies the rosetta energy due to stretched band is E = (1/2) [s (x-xo)]^2 (*). Can this be changed to a one-sided function easily (essentially with E = 0 and dE/dx = 0 for x < x0)? It all depends on how rosetta works. jflat has said bands are implemented as a constraint, which is slightly different than an explicit energy term, though in this case they work out to be the same thing.

(*) A surprising consequence of this is that 1 band of str 2 is much stronger than 2 bands of str 1.

You could try to up-vote the post below about
letting users change their votes on posts
http://fold.it/portal/node/992701 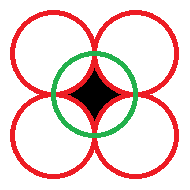