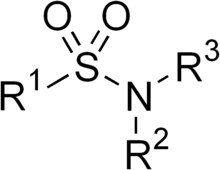 I was able to get the double bonds to the sulfur, but it is kind of tricky.

You can also first add a carbon and the oxygens, then switch the carbon to sulfur and make the double bonds.

It's not clear how flexible the process is. I didn't find a way to convert my existing TPV to double bonds. I think it would require deleting a lot of it and rebuilding, but not sure.

I was able to get the structure below by adding on the starting structure of 1519.

And as you noted, you can't add an image on the initial feedback, but you can always reply. Just another little thing we live with.

Adding an image works just fine on feedback and forum posts. Each image gets its own page, a "node" on the website. You can even comment on images, and your comment can include images….

The "plus sign" icon at the lower left of the textbox kicks off the process of adding an image.

See adding images to feedback and forum posts for obsessive detail on how to add images.

One more little problem is that the "Preview" button on a feedback comment doesn't work.